How To Install Python 3 on Windows 10

Unlike most Linux distributions, Windows does not come with the Python programming language by default. However, you can install Python on your Windows server or local machine in just a few easy steps. 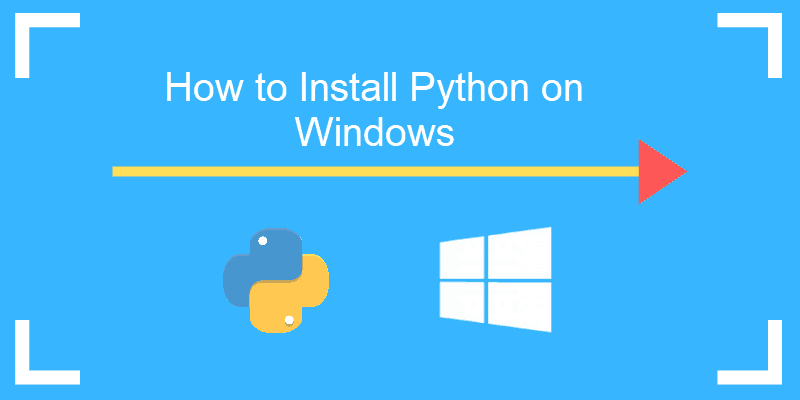 The installation procedure involves downloading the official Python .exe installer and running it on your system.

The version you need depends on what you want to do in Python. For example, if you are working on a project coded in Python version 2.6, you probably need that version. If you are starting a project from scratch, you have the freedom to choose.

If you are learning to code in Python, we recommend you download both the latest version of Python 2 and 3. Working with Python 2 enables you to work on older projects or test new projects for backward compatibility.

Note: If you are installing Python on a remote Windows server, log in via Remote Desktop Protocol (RDP). Once you log in, the installation procedure is the same as for a local Windows machine. 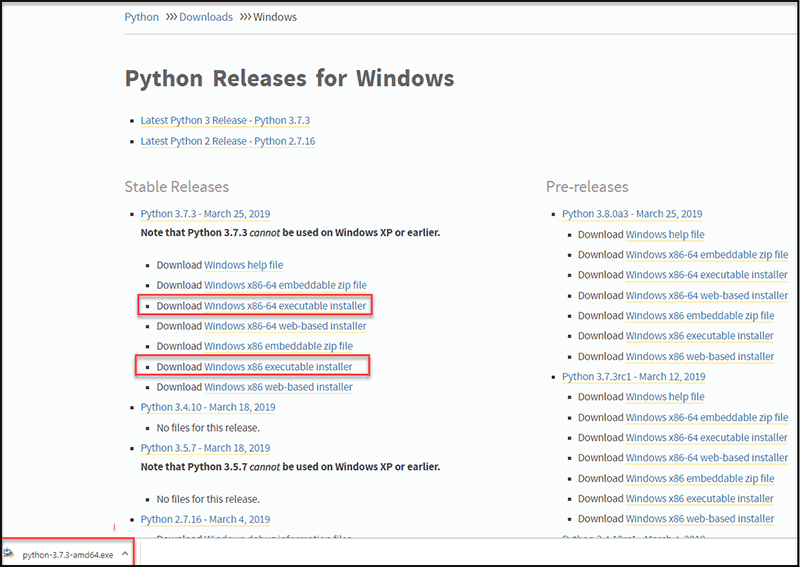 Note: If your Windows installation is a 32-bit system, you need the Windows x86 executable installer. If your Windows is a 64-bit version, you need to download the Windows x86-64 executable installer. There is nothing to worry about if you install the “wrong” version. You can uninstall one version of Python and install another.

1. Run the Python Installer once downloaded. (In this example, we have downloaded Python 3.7.3.)

2. Make sure you select the Install launcher for all users and Add Python 3.7 to PATH checkboxes. The latter places the interpreter in the execution path. For older versions of Python that do not support the Add Python to Path checkbox, see Step 6. 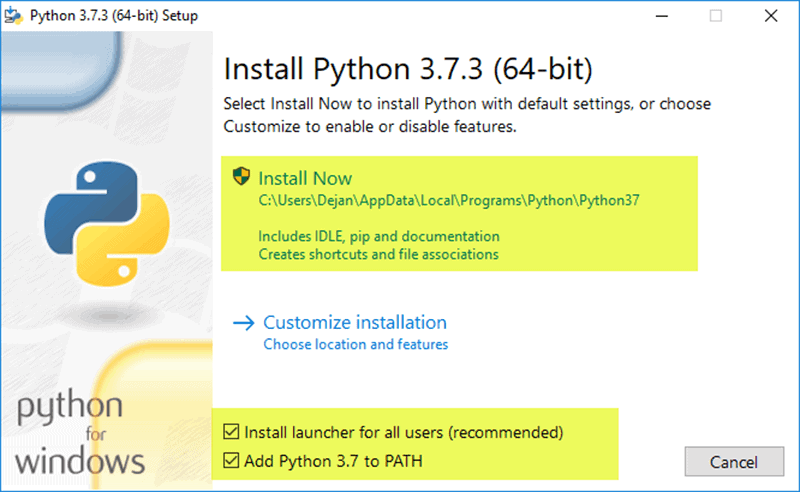 For all recent versions of Python, the recommended installation options include Pip and IDLE. Older versions might not include such additional features.

4. The next dialog will prompt you to select whether to Disable path length limit. Choosing this option will allow Python to bypass the 260-character MAX_PATH limit. Effectively, it will enable Python to use long path names. 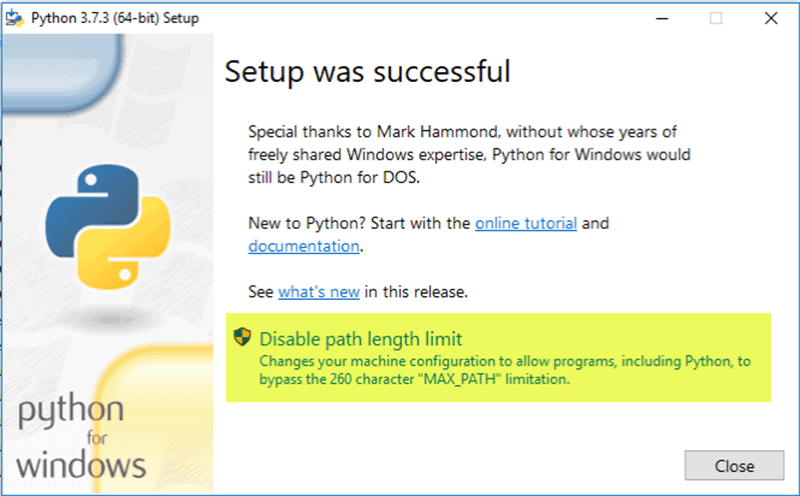 The Disable path length limit option will not affect any other system settings. Turning it on will resolve potential name length issues that may arise with Python projects developed in Linux. 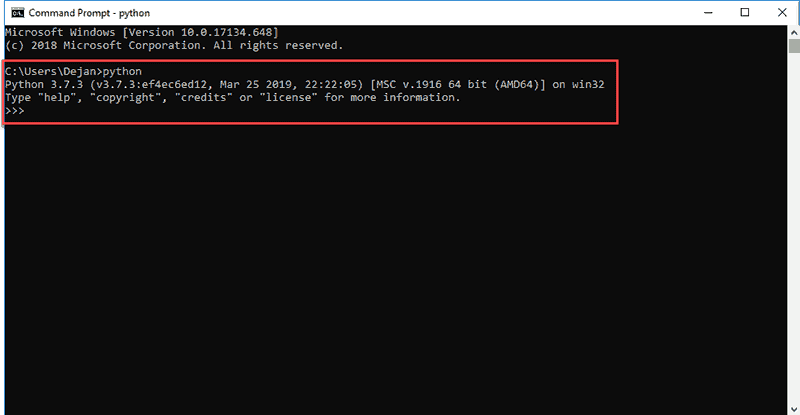 Note: You can also check whether the installation was successful by typing python –V in Command Prompt. The output should display your installed version of Python. In our case, it is “Python 3.7.3.”

If you opted to install an older version of Python, it is possible that it did not come with Pip preinstalled. Pip is a powerful package management system for Python software packages. Thus, make sure that you have it installed.

We recommend using Pip for most Python packages, especially when working in virtual environments.

To verify whether Pip was installed: 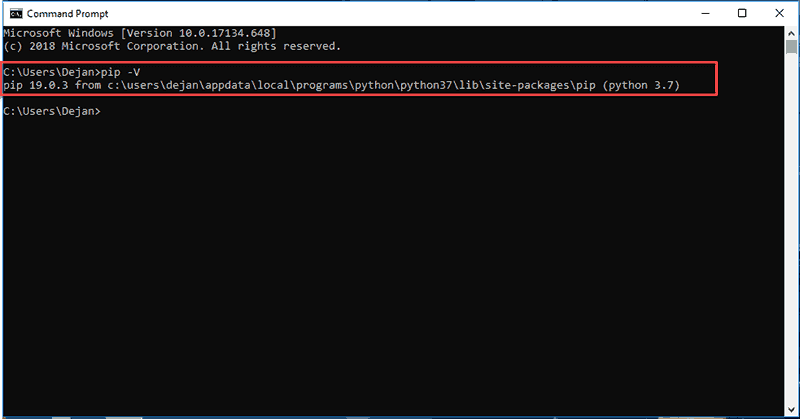 Pip has not been installed yet if you get the following output:

If your version of Python is missing Pip, see our article How to Install Pip to Manage Python Packages on Windows.

We recommend you go through this step if your version of the Python installer does not include the Add Python to PATH checkbox or if you have not selected that option.

Setting up the Python path to system variables alleviates the need for using full paths. It instructs Windows to look through all the PATH folders for “python” and find the install folder that contains the python.exe file.

1. Open the Start menu and start the Run app. 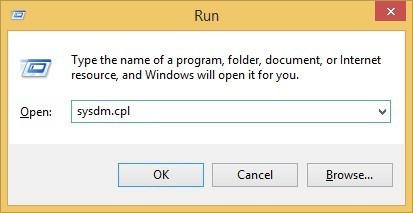 3. Navigate to the Advanced tab and select Environment Variables.

4. Under System Variables, find and select the Path variable.

6. Select the Variable value field. Add the path to the python.exe file preceded with a semicolon (;). For example, in the image below, we have added “;C:Python34.”

As you can see, it is cleaner and more manageable.

You have Python, and you have Pip to manage packages. Now, you need one last software package – virtualnv. Virtualnv enables you to create isolated local virtual environments for your Python projects.

Python software packages are installed system-wide by default. Consequently, whenever a single project-specific package is changed, it changes for all your Python projects. You would want to avoid this, and having separate virtual environments for each project is the easiest solution.

3. Type the following pip command in the console:

Upon completion, virtualnv is installed on your system.

In this tutorial, we detailed how to install Python 3.7.3 on Windows. If you are installing a different version of Python, you can expect a similar process.

Remember, choose your version carefully, make sure that you have Pip installed, and use virtual environments when developing multiple projects on a single system.

Want to try out another new generation, server-side scripting languages? Check out How to Install Ruby on Windows 10.

Dejan Tucakov
Dejan is the Head of Content at phoenixNAP with over 7 years of experience in Web publishing and technical writing. Prior to joining PNAP, he was Chief Editor of several websites striving to advocate for emerging technologies. He is dedicated to simplifying complex notions and providing meaningful insight into data center and cloud technology.
Next you should read
DevOps and Development Web Servers
How to Install Node.js and NPM on Windows
Node.js is a software application that runs JavaScript code. It's typically used for running scripts on the...
Read more
DevOps and Development SysAdmin
How to Check Python Version in Linux, Mac, & Windows
Python is a popular programming language with different versions organized by release date. Certain...
Read more
DevOps and Development
How to Install Latest Version Of Python 3 on CentOS 7
Python is a popular, stable, and well-performing programming language. CentOS 7 uses Python 2.7.5, but as...
Read more
DevOps and Development SysAdmin
How to Install Pip on Ubuntu 18.04
Pip is a software utility that downloads packages from PyPI the Python Package Index. Using PIP is like...
Read more
© 2021 Copyright phoenixNAP | Global IT Services. All Rights Reserved.